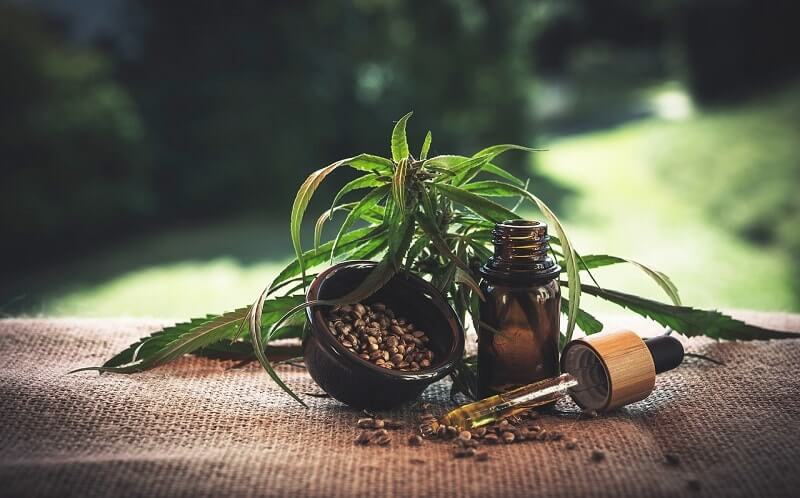 Let’s take a closer look at the effects of CBD on sleep. CBD supplements are a widespread trend – many people rely on the natural therapeutic properties of cannabidiol instead of taking traditional drugs. But how does CBD affect sleep? Read this article to find out.

CBD (cannabidiol) is a cannabinoid with no psychoactive effects. In a short time, it has become very popular among medicinal cannabis users. Recently, it has also gained much acclaim as a nutritional supplement and therapeutic remedy. Cannabidiol is generally extracted from industrial hemp and psychoactive cannabis varieties.

However, CBD oil and most of the other CBD-enriched products come from high-CBD industrial hemp. CBD extraction from cannabis varieties is still banned in many countries. In fact, RQS CBD oil is extracted exclusively from organic hemp of European origin. Almost all CBD-containing products currently on the market are CBD oils, CBD ointments, and soft CBD capsules.

CBD has been shown to help maintain the body’s natural homeostasis. In addition, CBD interacts with our body through the endocannabinoid system or ECS. This receptor network is present in all humans. The CBD has now gained a reputation as a “healer” cannabinoid. Apparently, it is also an effective natural sleeping pill – but not in the sense that you could imagine.

WHAT IS THE SLEEP CYCLE?

Sleep is a complex activity. In reality, the sleep cycle consists of 5 phases. Steps 1 to 4 includes NREM (non-rapid eye movement) sleep. Phase 5 is that of REM sleep, or rapid eye movement.

These sleep cycles last about 90 minutes. During the night, the amount of time spent in the NREM and REM phases varies. It is essential that rest is not disturbed. The optimal sleep duration over 24 hours is composed of 4-6 consecutive cycles.

It is believed that an adult needs to sleep on average 8 hours per night. A small portion of the population, less than 5%, takes just 5 hours of sleep a day, without negative repercussions on the physical and cognitive levels.

Lack of sleep generates numerous adverse reactions. Worsening in general health and well-being occurs. Insomnia and / or poor-quality sleep causes premature aging, compromise decision-making skills, drastically decrease athletic performance, and increase the risk of accidents. Alcohol or drug-induced sleep does not provide the healthy and invigorating rest necessary for the body and mind.

In carrying out our research to make this article, we discovered several inconsistencies between the results of scientific tests and the testimonies of habitual CBD consumers. Unfortunately, academic research is essentially imperfect. In some cases, it appears to be altered by a conflict of interest. Similarly, it can be difficult to establish the true nature of anecdotal evidence.

Experiments on human subjects are rare and spaced apart. The only 2016 study of CBD and its effects on sleep was conducted on a teenage girl who suffered from post-traumatic stress syndrome and subsequent insomnia. However, the results of the survey indicated that the girl slept better and seemed to be recovering thanks to a small dose of CBD administered sublingually. It should be emphasized that GW Pharmaceuticals founded the Cannabinoid Research Institute, responsible for conducting the test.

WHAT DO THE ABDOMERAL CBD CONSUMERS HAVE TO SAY?

Taking a few drops of CBD under the tongue is becoming an increasingly common habit before and after physical training. By itself, and in small doses, CBD does not cause sedative effects. But that doesn’t mean it can’t help you sleep better.

Oil formulations of CBD, liposomes, and melatonin as Power Sleep CBD , are already helping many people to spend a peaceful and regenerating night of rest. Melatonin is a hormone normally produced by the human body. It is essential for maintaining a proper circadian rhythm. By integrating melatonin with CBD, the cannabinoid promotes the appearance of deeper and more structured sleep.

CAN CBD TREAT CAUSES AT THE ORIGIN OF INSOMNIA?

It can be hypothesized that the effects of CBD on sleep are more indirect than those of super-sedative THC, known to spread the consumer within an hour.

Insomnia has been linked to many ailments, including chronic pain, restless leg syndrome, depression, post-traumatic stress disorder, and others. The CBD is considered a valid treatment for all the above conditions. By alleviating the symptoms that prevent sleep, CBD could play a very important, albeit indirect, role.

Nowadays more and more people are seeking natural remedies as an alternative to traditional sleeping medications. Medicines such as Valium can cause dependence and, over time, damage the liver. Unnatural sleep induced by sleeping pills can leave you feeling dizzy and confused the following morning.

It is absolutely necessary to carry out more in-depth research and wide-ranging surveys on human subjects, to broaden our knowledge and understand how to best exploit the benefits of CBD. For now, the only way to find out if CBD can help you sleep better is to experience it yourself. 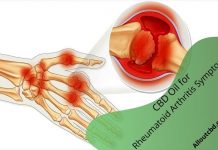 CBD Oil for Rheumatoid Arthritis Symptoms – What You Need to Know

The Taking of CBD Oil for Energy