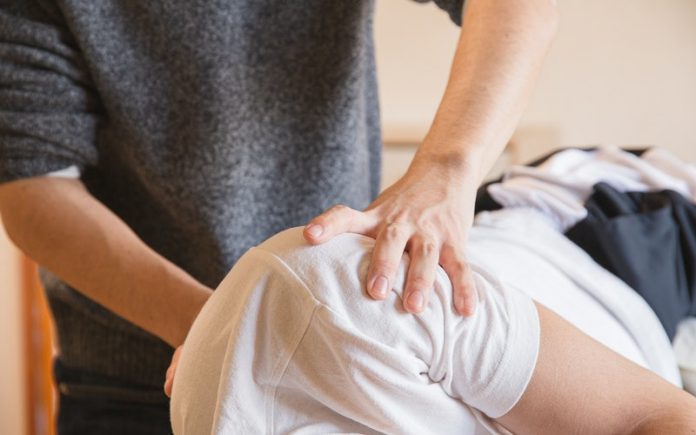 According to a review of 32 studies done in Australia, cannabinoids can help with the pain and stiffness associated with multiple sclerosis.

Chronic pain, unlike acute pain, lasts much longer. It lasts at least a year. As a result, it has an influence on the patient’s quality of life as well as other elements of his or her existence. The discomfort may be minor or severe. Soreness, stinging, dull pains, burning sensations, and other symptoms might occur.

Even after a medical problem or damage has been addressed, persistent pain can emerge. Fibromyalgia, back injuries, cancer, previous surgeries, migraines, infections, HIV/AIDS, and arthritis are all common causes. Chronic pain in the body might appear abruptly or build steadily over time. If it’s present, you’ll be able to feel it in any part of your body.

According to studies, some persons are more prone to chronic pain than others due to certain risk factors. The following are these elements:

Researchers think that depression has an impact on how the brain receives and interprets messages from the central nervous system.

People with serious medical problems, such as arthritis, are more likely to have chronic pain.

Smoking makes chronic pain conditions like arthritis and fibromyalgia worse. Smoking has a propensity to make the discomfort worse, according to experts.

According to one study, 50% of patients who are treated for obesity also have bodily aches. This might be owing to the body’s complicated metabolism and obesity’s interaction with hormones. It’s also possible that the excess weight is causing tension.

Hormonal differences and other differences in male and female nerve fibers might explain why females are more sensitive to pain.

As people become older, they become more vulnerable to various medical problems that can lead to chronic pain.

What Is the Function of Cannabis?

Research has been conducted to establish whether cannabis and cannabinoids are truly beneficial in the treatment of chronic pain.

More scientific research on the efficacy of cannabis for treating chronic pain is, however, urgently needed. There is enough scientific data to show that cannabis is a viable medicinal treatment choice. It is already an appealing alternative because of its minimal side-effect profile.