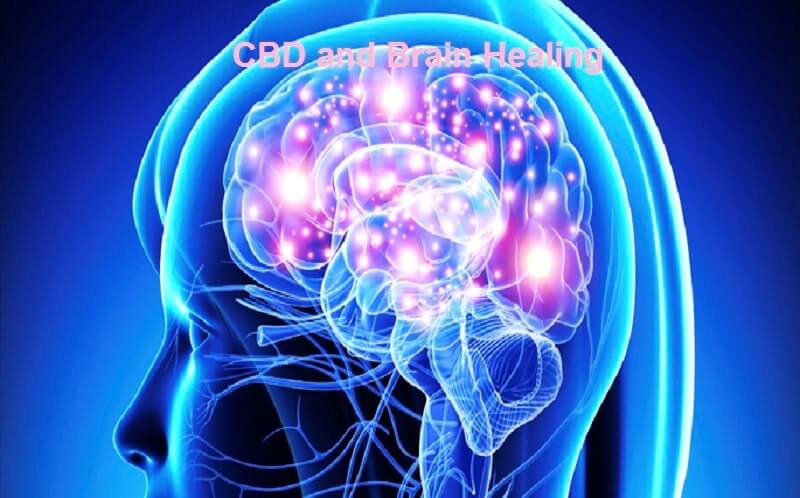 The active molecule of cannabis is able to infiltrate the central nervous system, where most molecules cannot go. This could be used in the treatment of diseases such as schizophrenia or Alzheimer’s.

Treating diseases of the central nervous system such as Alzheimer’s or schizophrenia with cannabis: researchers from the Complutense University of Madrid are currently working on this therapeutic area. In the journal Molecular Pharmaceutics, they publish the results of their work on the interest of cannabidiol to distribute drugs in the brain.

Capable of crossing the blood-brain barrier

The central nervous system is protected by the blood-brain barrier, a layer of tightly bound cells lining the capillaries. It prevents unwanted substances from passing from the blood to the brain but passes amino acids, glucose and some neurotransmitters, including cannabidiol. This non-psychoactive substance has no risk of overdose and is generally well tolerated.

Marijuana and more specifically the THC it contains could be a way to fight against aging brain cells, particularly responsible for dementia and Alzheimer’s disease. The possibility of a new treatment against these pathologies would exist indeed.

Better known for its harmful effects on the brain than for its benefits on the brain system, cannabis would contribute to the rejuvenation of the cells that constitute it. Tetrahydrocannabinol (THC), one of the substances used in the composition of marijuana, is the cause of this “makeover”.

This is the conclusion of a study conducted by researchers at the University of Bonn (Germany) and the Hebrew University of Jerusalem (Israel) and published this Monday in Nature Medicine. There is the work that suggests the possibility of a new treatment against degenerative diseases.

“THC had reversed the molecular clock!”

To reach their conclusions, the experts administered a four-month treatment of cannabis to laboratory mice between 12 and 18 months, a fairly advanced age for these animals. A reference group of rodents aged two months and untested was also observed.

The results show that the animals that received marijuana had their intellectual decline related to old age both stopped and treated effectively. Some guinea pig animals showed brain and memory abilities similar to those of the reference group formed by much younger mice. “The treatment completely reversed the brain loss of older mice. It’s as if the THC had reversed the molecular clock!”, Says Andreas Zimmer, head of the study.

A track to treat Alzheimer’s disease?

It is by stimulating the cannabinoid receptors of the brain that THC would act, say the researchers. The rarefaction of these cells, which is natural with age, leads to an acceleration of cerebral aging, but cannabis would mimic cannabinoids, thus ending the process.

Since the human brain has the same characteristics as mice in this field, the work of German and Israeli scientists could eventually give rise to a drug against dementia or Alzheimer’s disease with, by the way, new arguments in the debate on the legalization of cannabis and its therapeutic use.

A Trojan horse in the brain

Spanish researchers have tested the ability of cannabidiol to carry molecules that can cure certain diseases of the nervous system. The method of action used by researchers resembles that of a Trojan horse. They placed cannabidiol on the surface of nanocapsules, which could contain a drug. Scientists filled them with a fluorescent fluid to track their movements in the brain.

By the end of 2017, researchers had already proved the value of cannabidiol in the treatment of schizophrenia. After six weeks, the molecule reduced the number of hallucinations and improved cognitive performance. All of these results, however, need to be confirmed by larger studies.

Aggressive treatments, surgery, and chemotherapy have failed to reduce William’s tumor. The doctors announced that he was going to die. But his parents decided to try the treatment with cannabis oil, CBD. And there, things have changed. The CBD helped heal Little William Frost. Indeed according to various studies, the components of cannabis have the potential to fight against cancer. But despite this potential, cannabis has not yet been approved by clinical trials. The reality is on the ground, William Frost a young English 4 years was saved by the CBD.

Although no research has been done on how CBD can help brain tumors in children. Some work has been done on how cannabis-based molecules can help adult patients with cancer. But on the ground, in recent years, more and more cancer patients are being treated with cannabis. Products containing cannabidiol (CBD) can be purchased online. Although recent changes mean that businesses now need a license to sell them.

The Benefits Of CBD To Reduce Blood Pressure

Anxiety and CBD Oil: How It Can Be Cured?